Design an ICU around existing mechanical systems in a tight timeframe

Working on an aggressive timeline, SSM Health St. Mary’s Hospital needed an Intensive Care Unit (ICU) up and running in a matter of months.

This area of the hospital was originally a mechanical penthouse that was later converted into office space. Four departments had to be relocated within the hospital for the new ICU.

Patient rooms were designed to have a bathroom with a toilet and shower. This allows the rooms to be used as an ICU and a step-down unit; creating a healing environment where patients can stay for a longer period of time.

To make sure the deadline was met, prefabricated headwalls were installed eliminating the time needed for on site creation and assembly. The team successfully collaborated throughout the entire project to ensure the ICU opened on time. 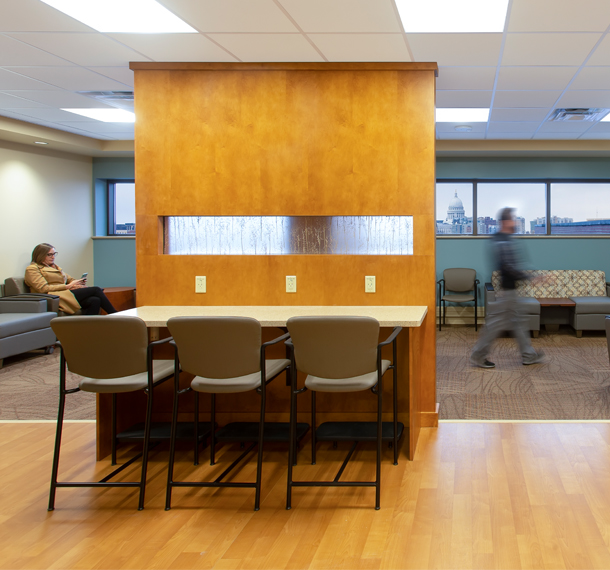 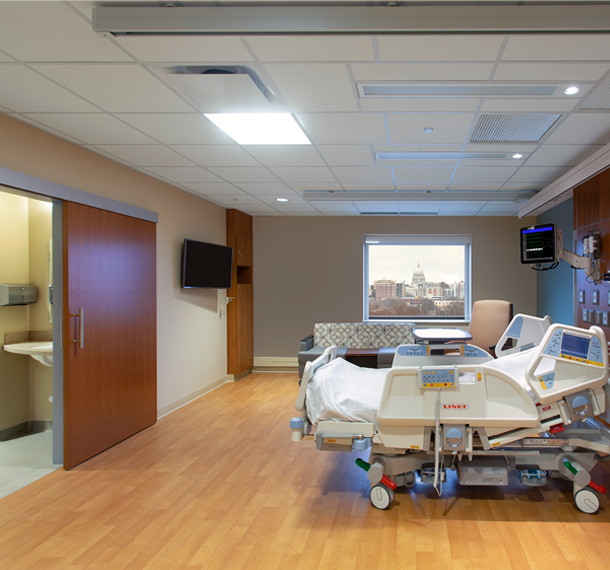 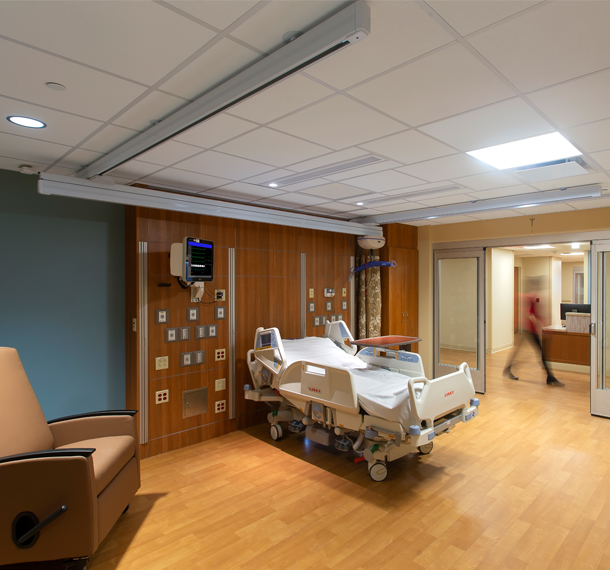 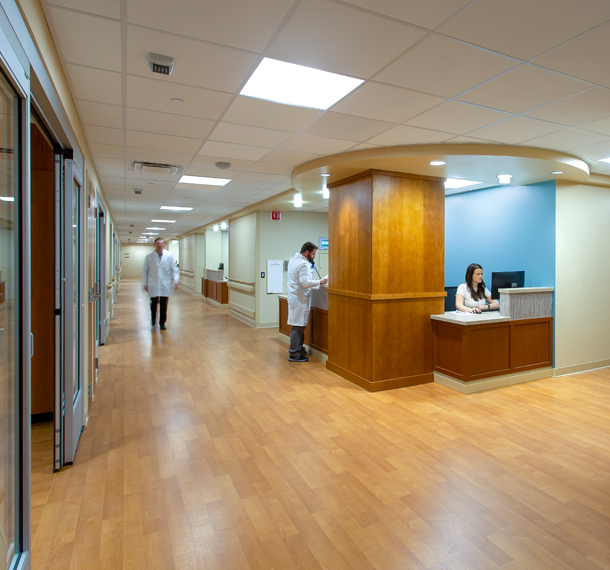