Transforming travel and downtown appeal through a modern transportation hub

Built in 1965, the 60,000-square-foot, 3-story Milwaukee Amtrak Station became dated in its design almost immediately after it was built. The passenger experience greatly suffered over the next 40 years as the building became aged and unwelcoming through increased neglect.

With EUA's design, Milwaukee's train station and bus depot was given new life through its creative transformation into the Milwaukee Intermodal Station.

Struggling with a station that failed to inspire its passenger base along with facing declining ridership, the Wisconsin Department of Transportation (WisDOT) joined a growing international trend to create a building that combined modes of transportation to better serve customers. The goal for the new Milwaukee Intermodal Station was to combine rail and bus lines into one operation with ground level entrances. The second and third levels of the facility would support commercial office space and WisDOT's Traffic Operations Center. All of this was to be accomplished on a modest $13 million budget.

EUA's design solution added a new 30-foot-wide circulation galleria space for waiting and ticketing functions. This three-story grand space added the required area at the grade level, and bestows the facility with a formative street presence.

The transparency and north orientation of the glass box addition allows the building to be flooded with natural light, creating a pleasing environment for waiting passengers. The resulting grand "galleria" space brings order to the circulation while providing an open and uplifting experience. The well-lit exterior environment also increases passenger safety during the building's 24/7 operations.

"The building itself, which was open for business throughout the 15-month reconstruction, is a jewel of modernist reinvention, thanks to inspired work by Eppstein Uhen Architects." - Whitney Gould, Former Milwaukee Journal Sentinel Architectural Critic. 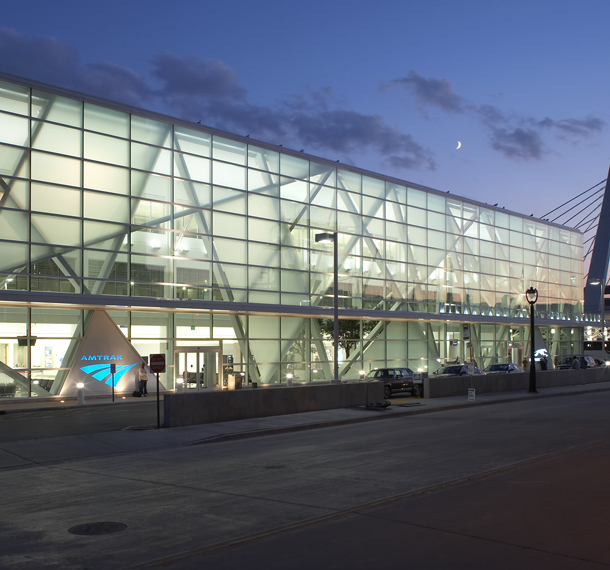 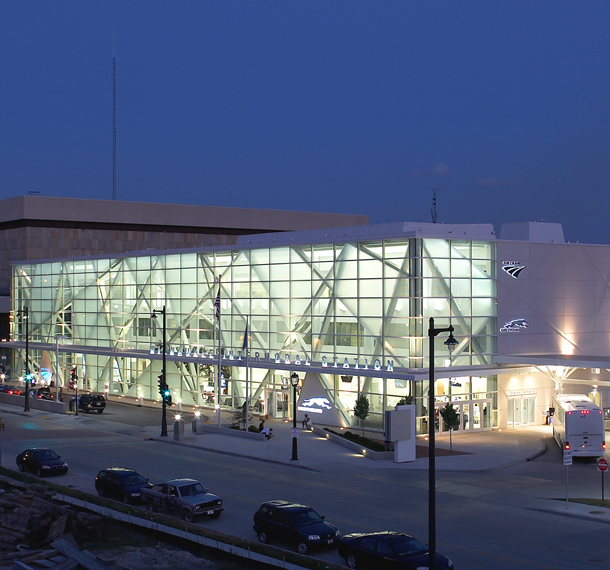 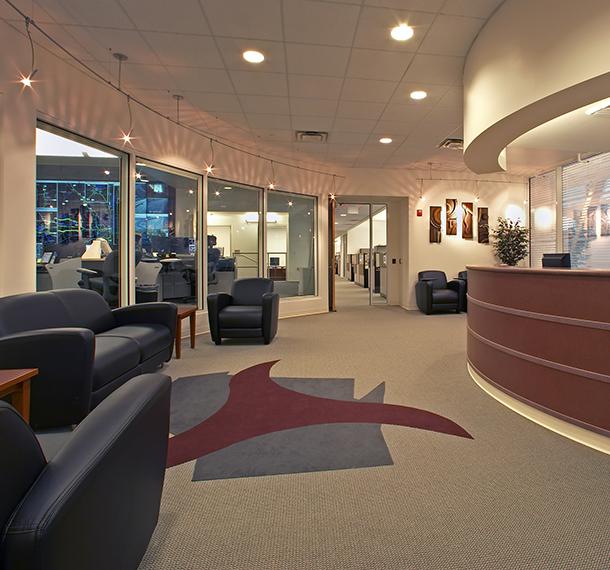 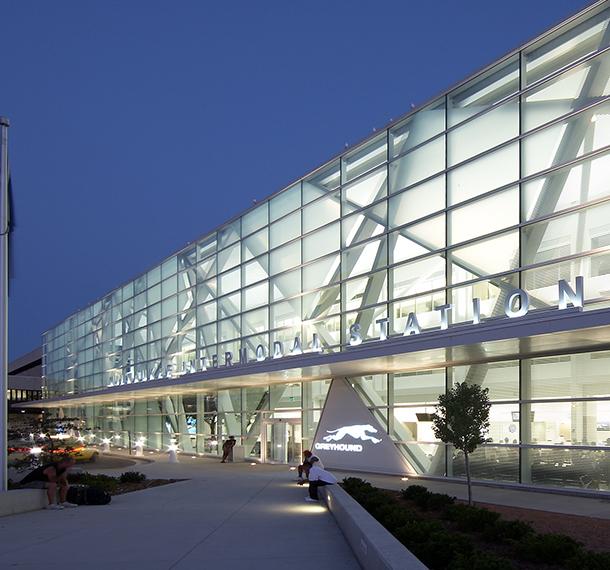 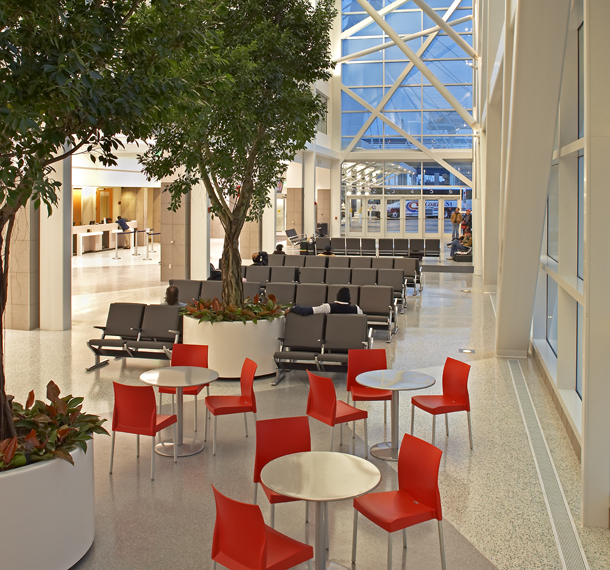