An expanded cafeteria and gym address current and future growth

With increasing enrollment numbers, EUA helped the elementary school alleviate their capacity issues occurring within their cafeteria and gym spaces. By raising the roof 13 feet higher and expanding its two outer walls, EUA was able to effectively double the cafeteria space that could also be used as a second gym during the day with both basketball and volleyball courts within. An extra storage space was also constructed just off the cafeteria that could house the cafeteria tables and other after school program items that were previously housed within the cafeteria space.

To target capacity problems that could occur in the future from the increasing enrollment numbers, a corridor was constructed leading from the existing gym to the cafeteria for use during the busier lunch hours. With the increased space in the cafeteria, EUA designed the space to also handle the housing of bleachers should the school district decide their multi-purpose space would better house their student assemblies in the future. 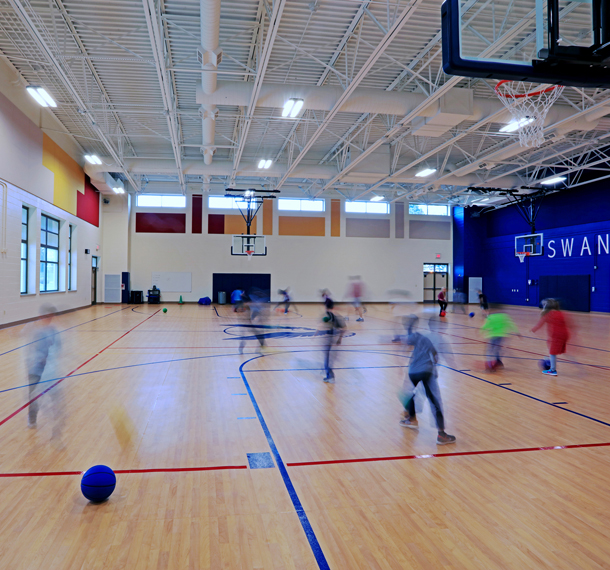 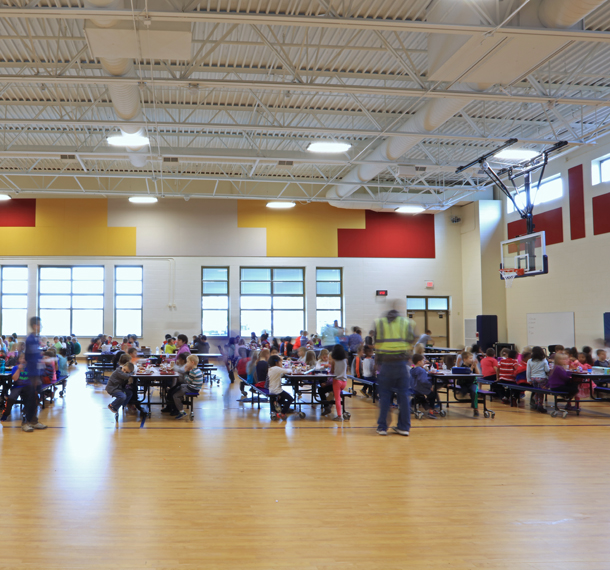