Charter Communications had completed a successful expansion of their CTEC facility (completed by Burkettdesign) and were in need of further room to expand. The desired path was to revitalize a storage facility adjacent to the existing structure, given its close proximity and create a pathway for connection.

The goal was to transform this former storage shell into a working, daylit, single-story, high-functioning office setting. By removing existing panels of the current shell and integrating windows, natural light was allowed into the space. During design discussions, Charter responded to the concept of new space that unfolds around every corner. This effect was achieved by designing a blue ribbon wall that wrapped from north to south throughout the interior of the building. A large center drum suspended from the ceiling serves as a wayfinding beacon, directing users to the common meeting area. Making a complete transformation from the previous storage facility aesthetic, a relaxing moss wall element was integrated into the break room. 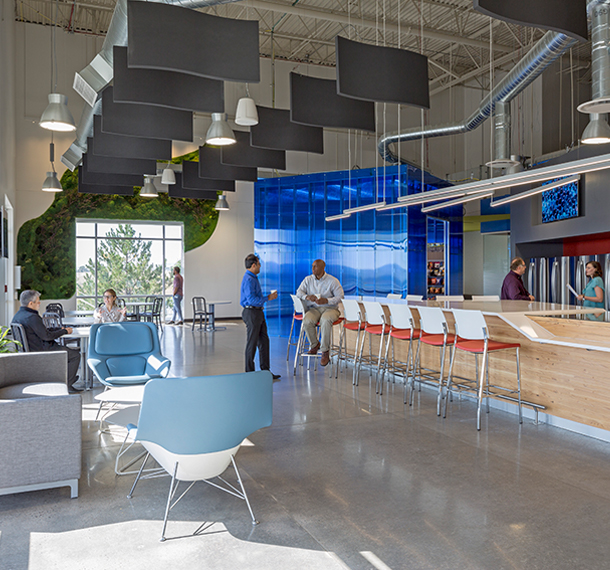 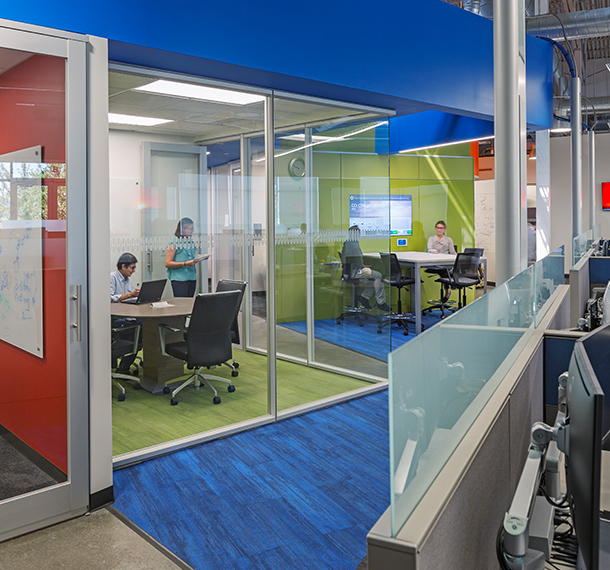 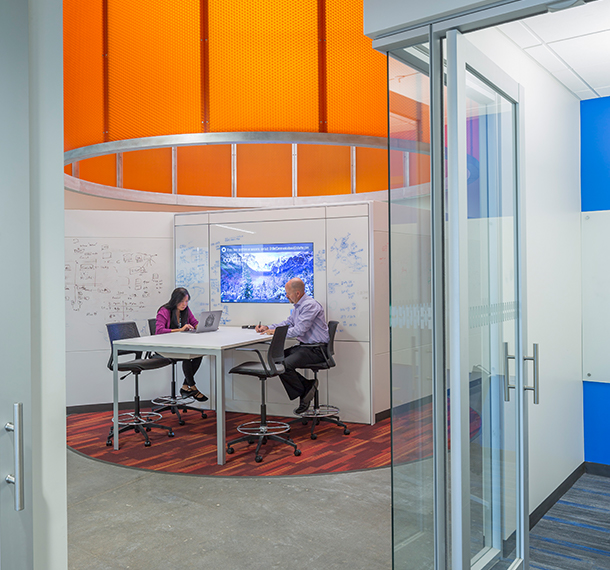 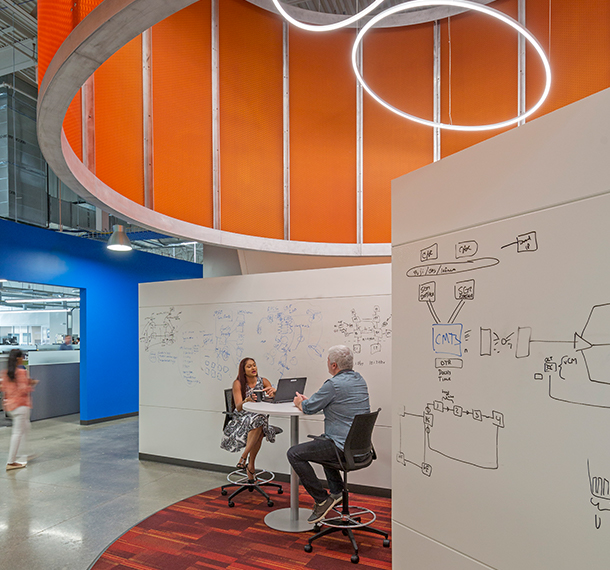 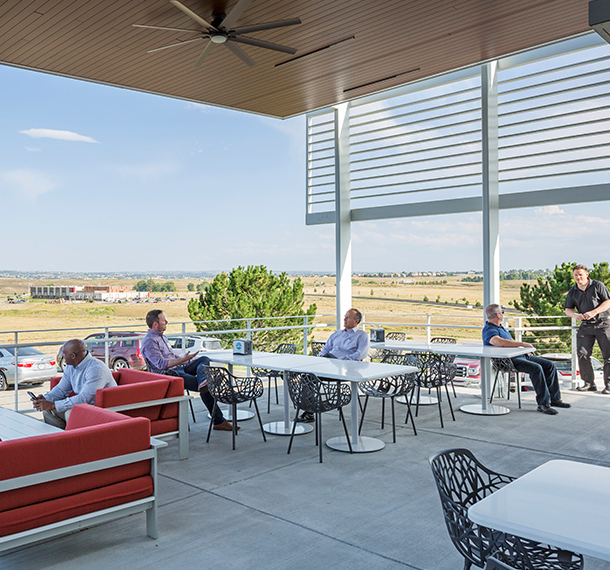 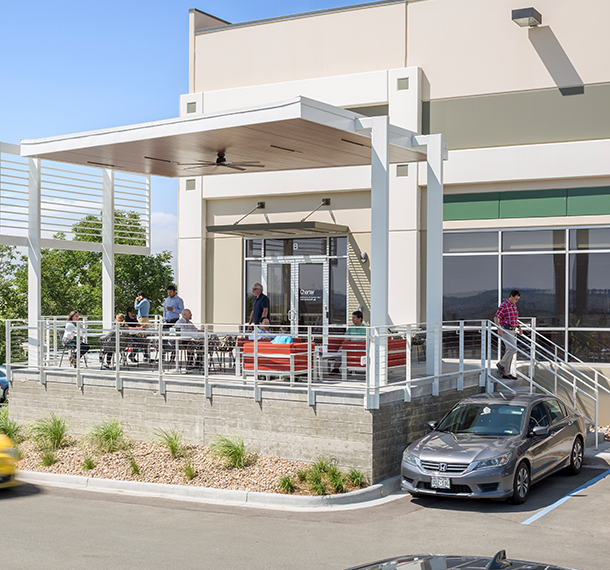 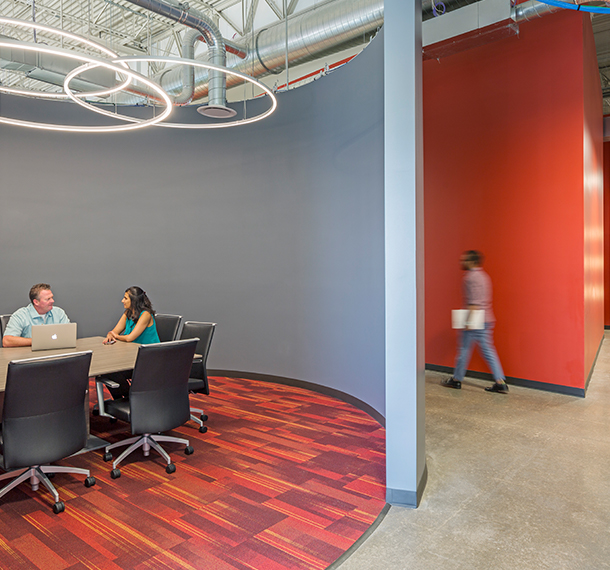 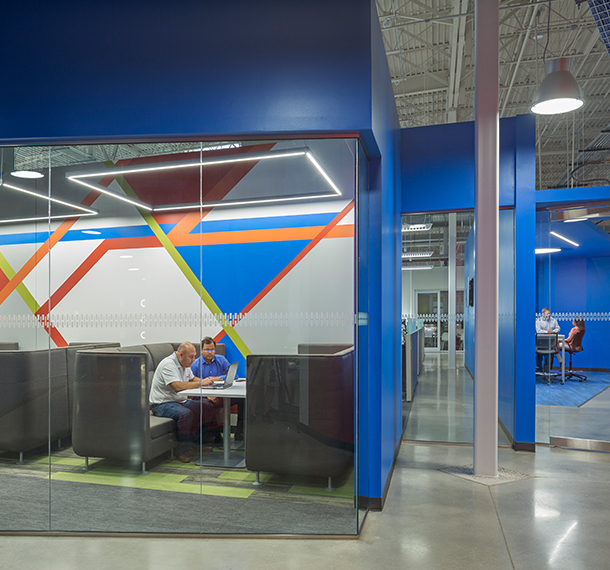 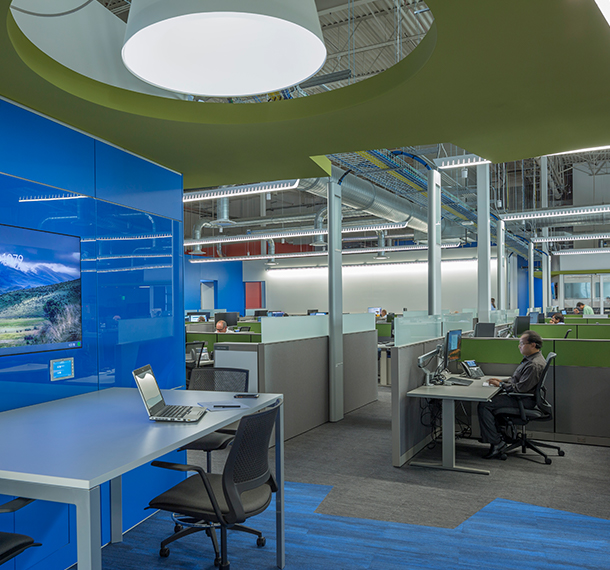 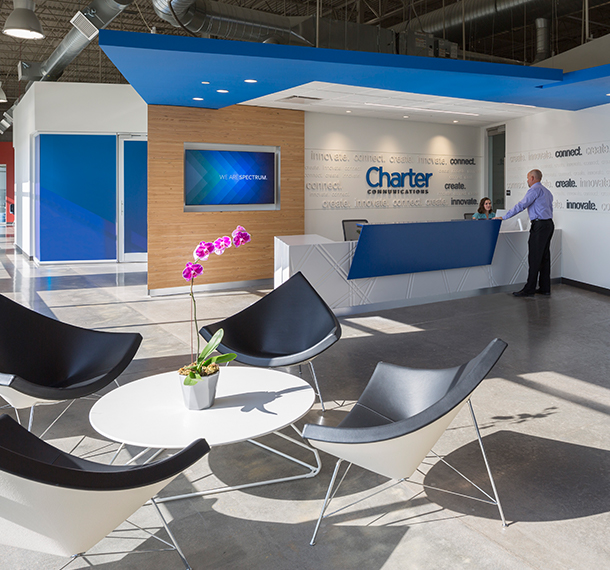