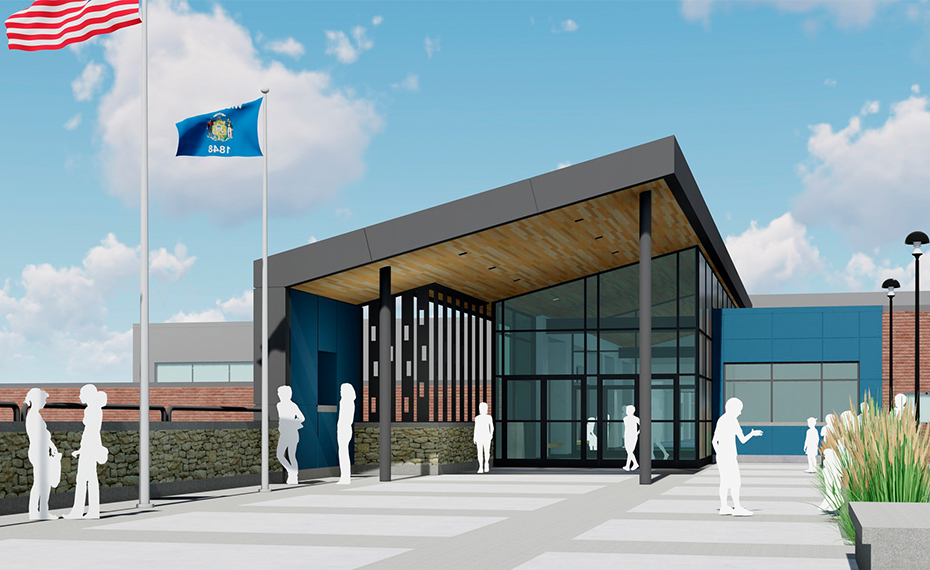 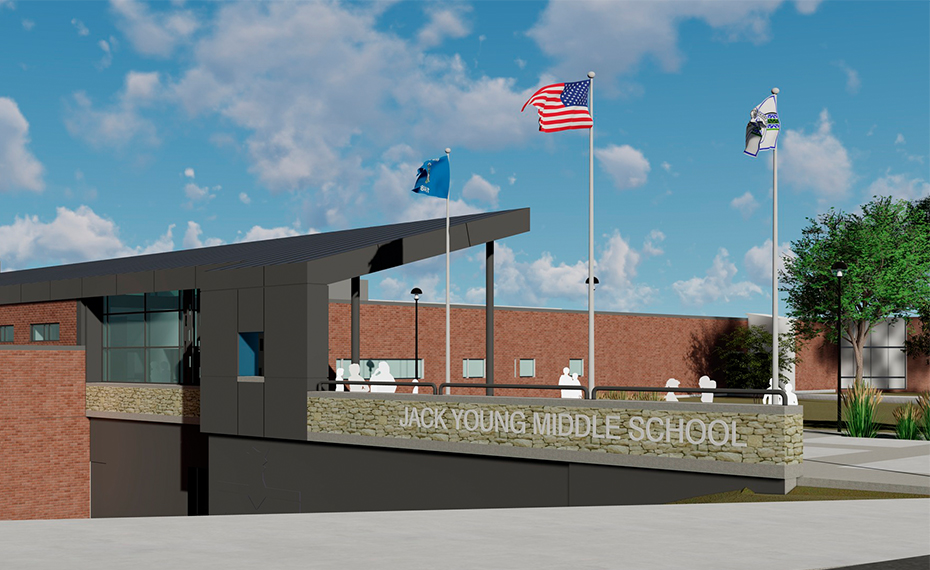 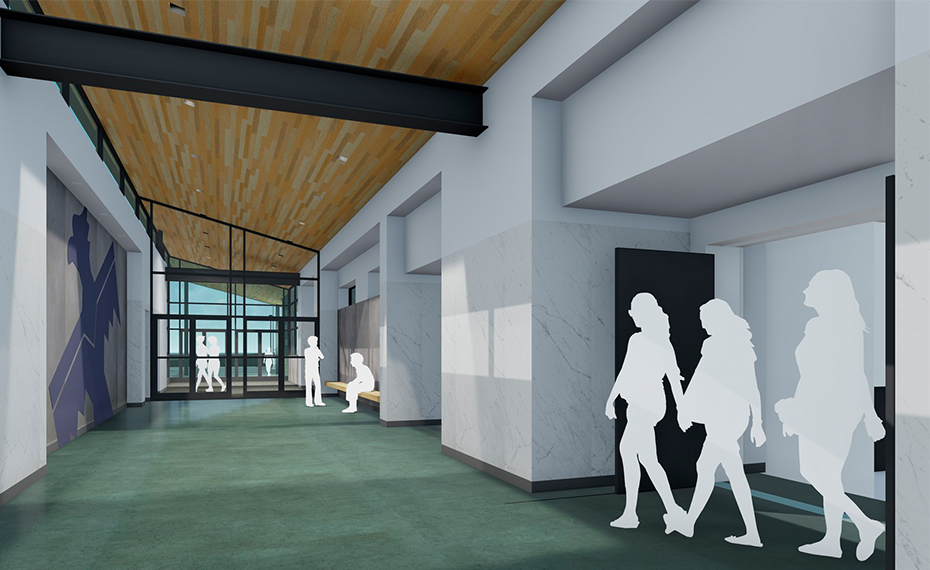 Built in 1976, Jack Young Middle School (JYMS) was showing its age. The building's defining feature of building's interior was a multi-story system of steep, non-ADA compliant ramps. JYMS also suffered from a severe lack of natural light and over utilization of thin curtain walls with minimal sound proofing.
After the community supported a facilities referendum, EUA began to implement the plan to revitalize JYMS.

Key to the redesign was the replacement of the ramping system. Together, EUA and the district developed a main stairway that will be both functional and a beautiful focal point of the redesigned school.

Core academic areas have also been entirely redesigned from the ground up. The new academic core includes more flexible, light-filled learning spaces with areas for student collaboration. The gym and cafeteria was enlarged and the library will now overlook a new outdoor learning space.