Over the course of my career, I’ve worked on a variety of project types but in recent years have specialized in the planning and design of K-12 learning environments. As an architect and a father, I love to design spaces that I would want my kids to learn in—places that I never would’ve dreamed of during my early education. Verona Area High School is one such place.

As one of the largest high schools in Wisconsin, there’s quite a bit of information available about the 590,000 sq ft facility, such as the 2,500 capacity field house, dual eight lane competition and community accessible pools, state-of-the-art performing arts center, three-story atrium, and sustainable energy systems complete with 21 miles of geothermal piping. As we wait for COVID-19 to pass and allow people to experience the space as it was intended, I’d like to give some behind the scenes insight into how the school originated. Just as every story is better with context, so, too, is every building.

It Takes A Village
They say it takes a village to raise a child; the Verona community truly lives this out. After working with EUA to conduct a district-wide facilities assessment, it became clear that things needed to change in order to keep up with population growth and provide students with spaces that elevate their learning experience. In one of the largest passed referendum in state history, local voters elected to increase their taxes in order to build a new high school and convert the existing high school into a middle school and the existing middle school into an elementary school. This was a big undertaking, but a sacrifice they were all willing to make to create a better future for their children and generations to come.

Once plans were in progress, we drew upon insight from residents, students, staff and a Visionary Design Team of staff and administrators to create solutions that would be customized to fit Verona Area’s needs. Through a visioning session open to the public, the community chose five words that they would like to be associated with VASD: adaptable, collaborative, day-lit, sustainable and engaging. We also felt it was crucial to receive input from those who would be most effected by the new school on a daily basis—the students themselves. Through a similar exercise, the students wanted their high school to be described using the following: modern, creative, social, collaborative and outdoors. Their input definitely informed the end result­­­­­.

Challenging My Own Conceptions
Designing Verona Area High School was a growing experience for me in many ways, including learning to challenge my own conceptions. As an architect of 20 years, I’ve had the opportunity to lead the planning and design of many K-12 facilities. Clients look to me as a thought leader; They expect me to push them outside their comfort zone, to challenge the status quo. But to transform learning environments to reflect the current and future state of education requires not just changes to physical environments—it requires changes in the way teachers teach, and students learn. In every district this is different, and in some, it can be dramatic. For me to truly understand what this meant to Verona Area School District (VASD), I had to be able to listen and realize that sometimes the path forward might not align with my initial thoughts. I did a lot of listening to understand what VASD is about and who they are. For this project to be successful, the District not only had to put a lot of trust in me and the design team at large, but they also had to put a lot of trust in themselves and their Visionary Team who took on the task of guiding the design of the school.

To get a better idea of what the District needed in their new high school--for them as well as our design team--we decided to tour several high schools of comparable scale with a team of District representatives. We went into these tours with a couple different possibilities of what their school could be like.  As it turned out, my conceptions were challenged as to what they tended to gravitate towards, in a very refreshing way.

I thought the first school we toured in Missouri would blow them away. It’s an impressive case study; dynamic from the outside and very thoughtfully laid out inside. But over dinner after the tour, the Superintendent Dean Gorrell announced, “Well, now we know what not to do.” I was shocked. But as he continued, his reasonings made a lot of sense. On the outside, the school was a showstopper, but on the inside, it was clear to him that, although it fit this community’s needs, it wouldn’t fit Verona’s.

The following day, we toured a high school in Kansas City. This tour was the “ah ha” moment for everyone. Unlike the previous school, this one appeared truthfully a little underwhelming from the outside, but upon entry proved to be special. Walking through the space, the layout of this school made an incredible amount of sense to our team and ultimately inspired the organization of their school, which is a series of learning environments organized around a central atrium.

The team loved how light-filled the space was, giving it an infectious energy. At one point, while walking across the 2nd floor bridge in the atrium, I stopped and asked Dean what he thought. He nodded, smiled and said, “I think this is it.” Although a simple exchange, this was one of my favorite moments of the entire project. It was reaffirming that we were on the right track with something exciting before us, and further reinforced my belief in the importance of getting into a space with a client. Looking at photos online can certainly have its place, but it can’t replace physically experiencing a space to understand its flow, proximity, scale and feel. This was a turning point.

As a designer this gets me excited. I love working with clients who are truly invested and committed to finding solutions that work for them. Not only does it make the project better, but I also benefit through having the experience of working with them.

Finding Our Own Inspiration
The threshold symbolism and area’s unique geography further informed the interior design concept of landforms. Our design team took the idea of place and wove it throughout the interiors to emulate local topography, such as boulder references, the use of natural colors, ceiling profiles and more. Also, wanting to connect the design concept to the school as well as be sustainable, existing elements from the site were incorporated as much as possible. In addition to utilizing natural geothermal heating and cooling, the site was home to a grove of old growth trees, which were milled on site and used throughout the building in special areas for student gatherings, displays, conference tables and more. Large boulders extracted from the rocky site where were placed strategically around the building, to provide places for students to sit, as well as serve as vehicle barriers. The District was committed to repurposing and preserving as much as possible, bringing natural elements back to life in a new way within the space and on the site.

Verona Area High School has become for me the type of project you always dream of having as a young designer out of architecture school; hopefully it’s not, but once in lifetime opportunity. In addition to the technical experience I gleaned from this project, I will also carry forward with me the experience of working with a dedicated team to transform a community, challenging conventional educational design ideas. As I think about what I want my kids to experience as they go through school, no matter what they ultimately find interesting, I want them to at least be exposed to different things. Thanks to the forward-thinking of the District, the Verona Area students will have their boundaries pushed.

Chris is a Senior Designer Architect and Associate in our Learning Environment Studio. He is passionate about designing dynamic learning environments to create transformational experiences for students, staff and communities. 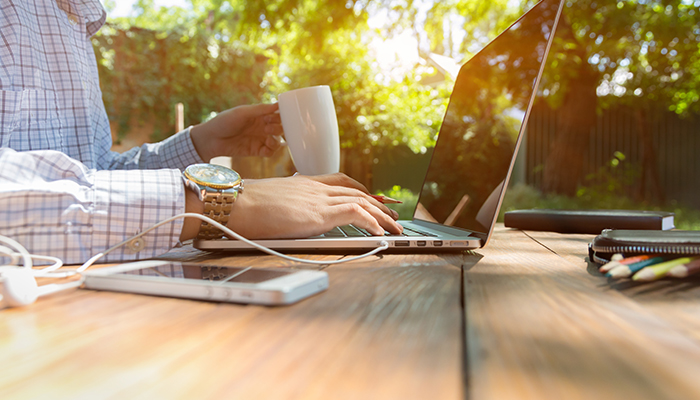 How School Leaders Can Engage Stakeholders During a Global Pandemic