What does Verona Area High School have in common with the Golden State Warriors’ Chase Center in San Francisco, the Atlanta Falcons’ Mercedes-Benz Stadium in Georgia and the Daytona International Speedway?

All have received a national award as a new or renovated building over $126 million – with the high school joining the ranks this year.

J.H. Findorff and Sons, the district’s construction contractor, has received the 2021 Build America Merit Award from the Associated General Contractors of America in the category of “Building New or Renovation over $126 million” for its construction of the high school, according to a news release from the Verona Area School District.

The awards are likened to receiving an Oscar within the construction industry and is considered a prestigious honor, the release adds.

VAHS is the only high school project to ever receive an award from Associated General Contractors of America – but is the second in the City of Verona, as J.P. Cullen and Epic Systems won in 2015 for its Deep Space project in the $200 million and over category.

“It’s hard to come up here and not think about what it was like before this was here when we walked through the field side-by-side with the cows,” district superintendent Dean Gorrell said. “To see this project come to fruition is awesome, and it’ll be super awesome on Tuesday, April 13, when we will have the majority of students back in the school.”

Findorff had submitted the high school project for the award and had found out about its win on April 1. Executive vice president Jeff Tubbs said in the release that the award wasn’t an April Fool’s joke to his staff. The judges had appreciated the use of natural wood accents throughout the building that came from trees harvested from the campus, Tubbs added.

“One of the things we were really proud of when the judges looked at this was they commented on the reuse of the natural environment,” he said.

Associated General Contractors of America judges projects based on a variety of qualifications, including state of the art advancement, project management, contribution to the community and sensitive treatment of the environment and its surroundings, according to the release.

Construction on the $182 million, three-story high school started in 2018 after over a decade of planning, and finished in June 2020.

The building features a larger performing arts center that can hold 1,000, in comparison to the center at the old building, now Badger Ridge Middle School and Core Knowledge Charter School, which only held 700. And now with two pools inside the building, a swim meet can run concurrently, with swimming lessons for children and physical therapy for community members.

There’s also an indoor track and five basketball courts encapsulated in the fieldhouse, as well as a gymnastics practice room and a new weight and cardio fitness room.

Surrounding the building, outdoor athletic facilities bring together all of the district’s high school athletes instead of having the competition spaces spread around the city. Inside the school, there are spaces for individual studying and with an expanded career and technical education space. 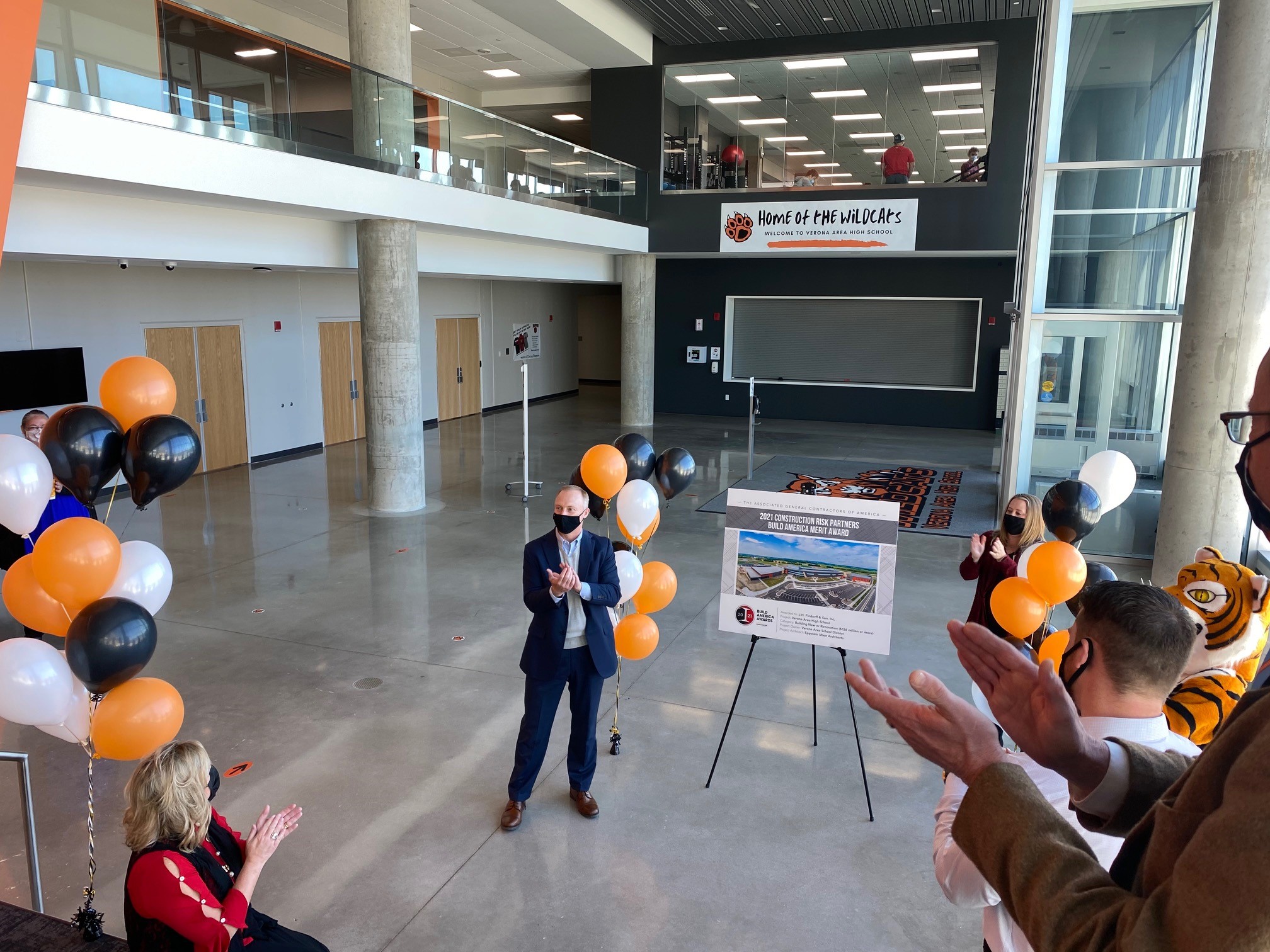