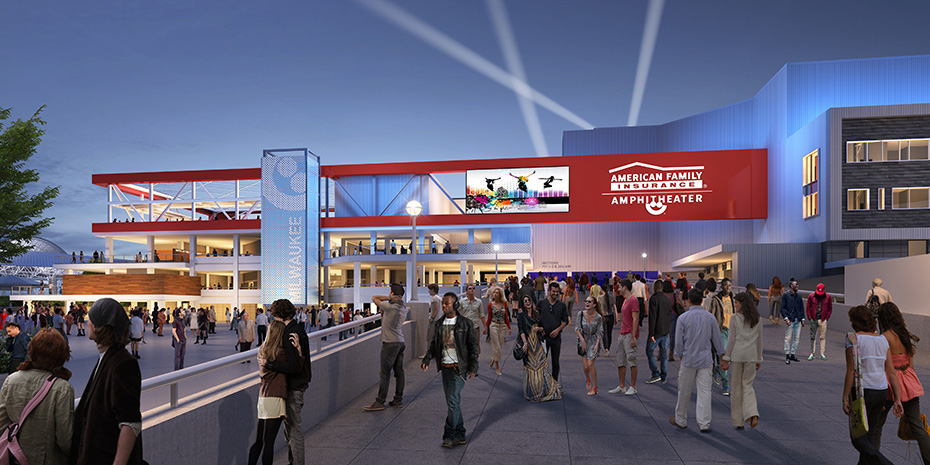 MILWAUKEE -- The grand opening for the completely reconstructed Summerfest American Family Insurance Amphitheater will be in 2020.

Summerfest CEO Don Smiley says the brand new images of the theater show a larger, brighter, more accessible building. He adds that tickets will not cost more because of the theater construction, that costs is all taken on by the nonprofit.

Greg Uhen, of Eppstein  Uhen Architects, was part of the amphitheater's original construction nearly 30 years ago. Uhen says he's happy to be part of the redesign, especially since all of the updates will improve the fan and artist experience.

"The entire seating bowl will be brought up to current ADA Accessibility Standards," said Uhen. " This will provide us specifications that allow us to compete with the absolute highest and best world class venues anywhere in the world."

The $50 million project is broken into two phases. The first phase began back in September. Workers tore down the stage area and entire back half of the building.

Construction will raise the roof to accommodate large touring artists, increase backstage area for dressing rooms and productions spaces, as well as, expand the loading docks for semis and tour buses.

American Family Insurance CEO Jack Salzwedel says this work was desperately needed. He says the amphitheater's limitations caused Summerfest to lose certain acts because the space was just too small.  Construction for phase one is anticipated to be complete by Summerfest 2019.

During Summerfest 2019, the theater will be open.