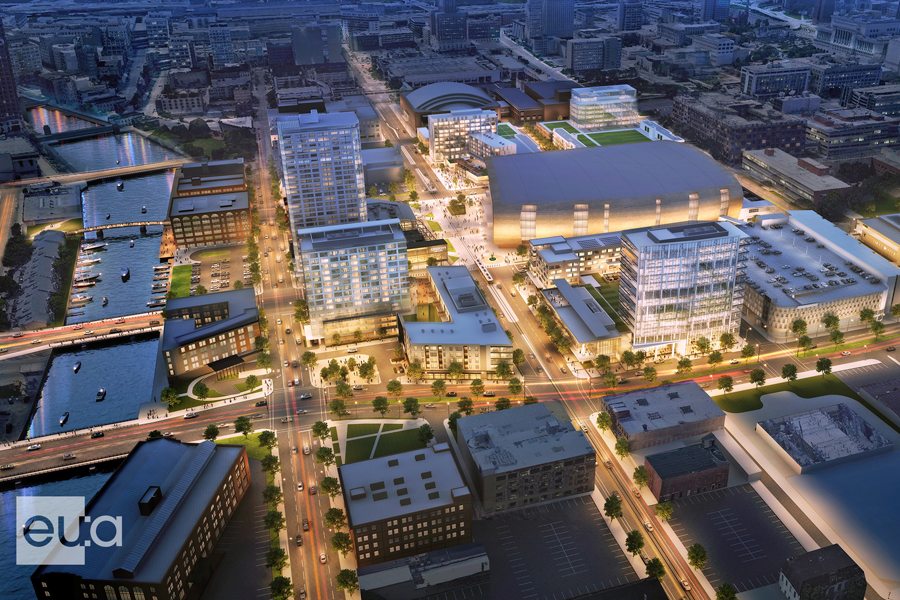 MILWAUKEE — We are getting our first look at the new vision for a blockbuster project that could change how people live and work in downtown Milwaukee.

Charles Benson took a look at the Milwaukee Bucks' next big move off the court.

The view of Milwaukee is spectacular from the east side of Fiserv Forum.

"It's a great view," said Bucks President Peter Feigin. "One of the rare views in the whole city."

And, for Feigin, a rare opportunity.

This is what the Milwaukee Bucks call phase two of their plans for downtown Milwaukee.

The master plan includes up to 30 acres of development with multiple new buildings starting to the north and east of the arena along McKinley and Old World 3rd and an additional two to three buildings south and west.

The team already owns the lot where the old Bucks arena is being demolished.

"To the north, we definitely have large residential opportunity, a large commercial and office building opportunity, and I also think there's opportunity for hotels," said Feigin.

To the south, Feigin said he sees "that same type of mix — maybe a little more of a hotel, larger hotel fixture where the Bradley Center is, we are flexible."

It was just about three years ago the Bucks broke ground on their $524 million entertainment and basketball arena.

But it shouldn't be forgotten that the exterior is not isolated from the inside vision.

"This is the magnate — this is what drives the traffic," said Feigin. "This is how do we get the momentum to get over 200 events a year in this arena."

Since then, the planned Entertainment Block has sprung up with Punch Bowl Social and Good City Brewing.

The project is ready to launch, and they have talked with potential partners, according to Feigin — describing his timeline as "faster than reality."

"I would say you would see substantial build in the next two to five years that there will be no empty lots."

The proposed plan would add two hotels - perhaps a boutique hotel, with up to 450 new rooms.

As for the additional office space, Brookfield-based Fiserv has talked about finding a new corporate headquarters location.

So would the Bucks downtown project be an option?

Fiserv spokesperson Ann Cave tells TODAY'S TMJ4, "We continue to evaluate our options in regard to our corporate headquarters location."

Charles Benson will have an exclusive interview with Greg Uhen and Eppstein Uhen Architects to talk about the Bucks project around Fiserv Forum. Join us on the TODAY'S TMJ4 Facebook page Wednesday at 10 a.m.