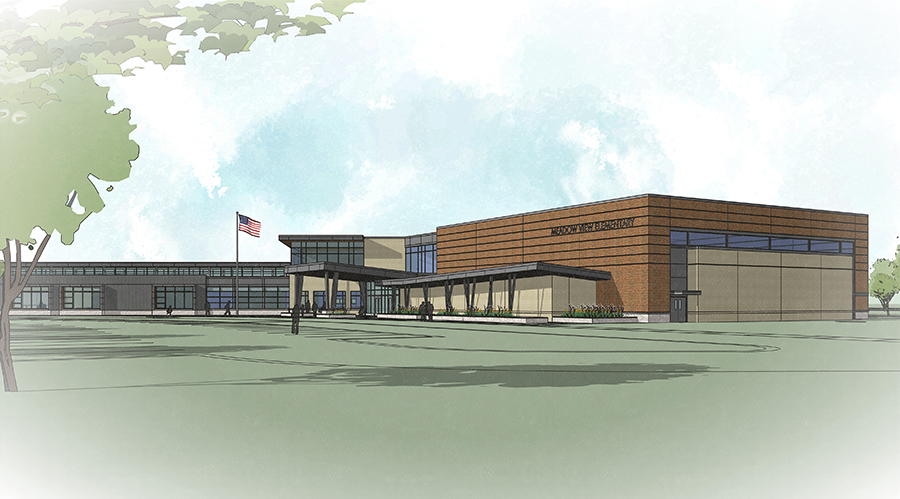 The new addition to Ixonia Elementary School is progressing quickly, and the project should be finished in time for the start of the new school year.

Work began on the project as soon as classes wrapped up this spring, according to a post on the Oconomowoc Area School District's Facebook page. Demolition work was finished quickly, and work soon got started on the inside of the original building. New openings were also cut between main level classrooms, and new wall framing is well underway on the lower level.

On the outside, concrete work has started on the new main entrance ramp. It's expected to be finished in July, along with sidewalks and curbs around the building. Also scheduled to be paved by the end of July is the new bus loop.

Oconomowoc Area School District communications and marketing manager Jennifer Holland said the projects will be ready by the start of the new school year.

A dedication ceremony is planned at the school at 1 p.m. Sunday, Sept. 23.

The district also posted updates about its other school projects. Here is what's going on there:

Since the June 1 groundbreaking ceremony, construction crews have started exterior wall footings, and structures are becoming visible in the area housing the new gym. Footings, foundation and exterior wall work will continue during the summer.

The interior of the high school's east campus is coming to life, as the upper level drywall work is nearly complete, with finishing work having begun. Lower-level drywall is half complete, and most of the exterior windows have been installed. Roofing work will be finished this month.

The work is expected to be complete by the start of the next school year in September.

"East Campus will be ready for the school year this fall as well," said Holland.

An open house dedication is scheduled for 1 p.m. Sunday, Sept. 30, which is also the kickoff for the high school's homecoming week.

Renovations inside the main campus started after school ended, with demolition now finished. The project includes remodeling the manufacturing and building trades classrooms while improving the existing spaces to create a new transportation lab.

In spring, the Oconomowoc School Board approved bids for the renovation of existing classroom space to create the new Ocon Fab Lab, a space for engineering, robotics, a fabrication classroom and lab space. It is not part of the facility referendum projects, and is instead being funded by the district's operating budget.

The new lab will be at the top of the main staircase near the field house, and will feature large windows where students and staff can see what's going on inside.