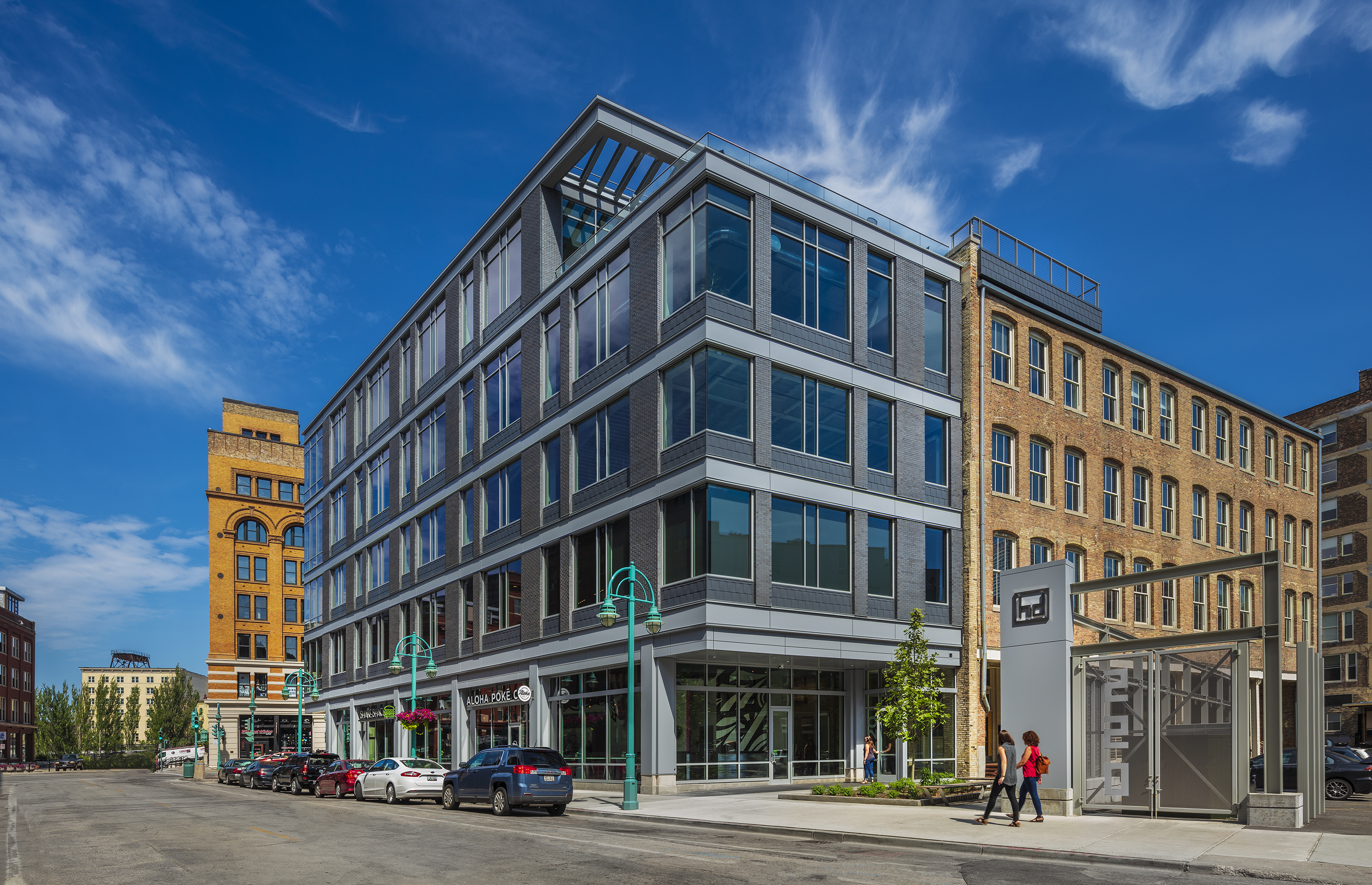 Seamlessly melding a century-old building with a brand new structure in a neighborhood noted for its historic architecture is no easy feat.

But that’s exactly what developer Graceville LLC managed to do in Milwaukee’s 3rd Ward with the construction of a modern addition to the 110-year-old Mercantile Building. It’s a project that is not only an impressive architectural coup, but one that brings new energy — and businesses — to a previously underutilized site located at one of the more prominent corners in the neighborhood.

“It’s an excellent example of how you do modern infill buildings in a historic district,” said Troy Jacoby, senior design architect at Eppstein Uhen Architects, the Milwaukee firm that designed the expansion.

When developer and Hanson Dodge CEO Tim Dodge and partners previously purchased and renovated the Mercantile Building at 318 N. Water St., the ownership group knew they would eventually redevelop the adjacent parking lot at Water and Buffalo streets, Dodge recalled. In fall 2017, that long-held vision came to fruition when the five-story, 35,000-square-foot addition was completed, paving the way for businesses like Wisconsin’s first Shake Shack and Aloha Poke Co. to open in its first-floor retail space, and firms like Digital Measures by Watermark to move into its office space above.

The building is aesthetically distinct, and notably so, compared with the Mercantile Building itself and others in the warehouse district. The building’s gray brick stands out among the hues of brick red, brown and white that are typical of the other structures nearby. And its large, glassy windows and sleek appearance evoke a more modern air.

Such contrast was intentional, Dodge said. The project team spent time studying design patterns and materials in the neighborhood to ensure the expansion’s motif would respect its surroundings, but the vision was to bring something architecturally different to the neighborhood.

Instead, with the design, the idea was to forge an addition that pays respect to the past, but also stirs excitement about the future: “We wanted to give a sense that there are new things happening in the 3rd Ward,” Dodge said.

The building’s expansion features Class A office, modern workspace amenities, as well as a new rooftop deck with impressive views of Lake Michigan.

“It’s a new building that lets people reference the past but see the future through its design,” Jacoby said.