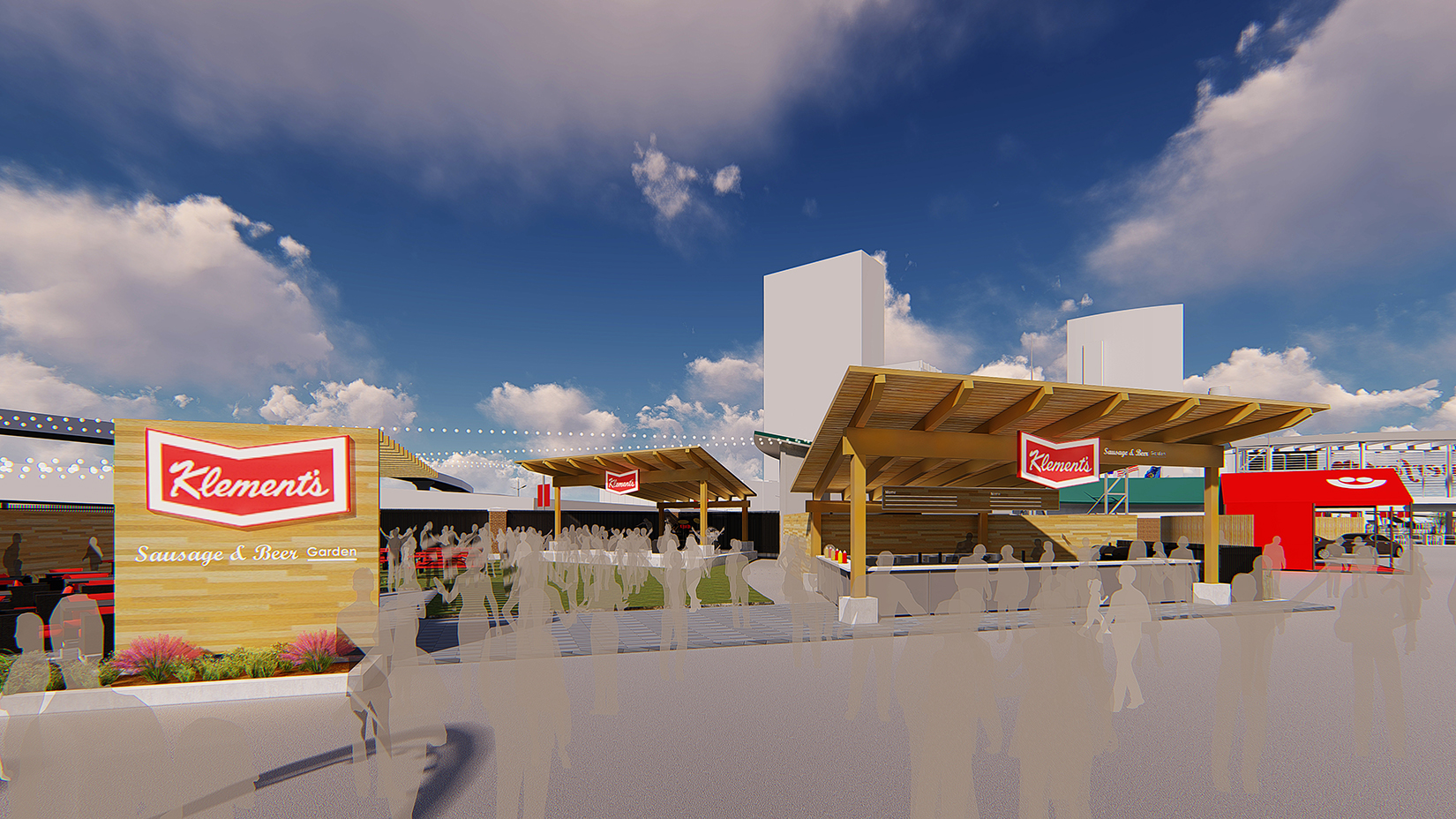 The timing was coincidental, according to both men, with the meeting merely serving as an introduction between the two during Danneker's first official month on the job. But it also proved extremely fortuitous because that meeting has now resulted in a 10-year sponsorship deal that makes Klement's the official sausage of the festival and includes a new stage that will premiere during this summer's event.

"It's a great day for Klement's; it's a great day for Summerfest, that these two iconic Milwaukee brands are coming together," Danneker said Tuesday morning. "I think you all know that Klement's is the hometown sausage of Milwaukee, and Summerfest being the hometown music festival and the world's largest music festival, it's a natural combination."

The new stage, the Klement's Sausage & Beer Garden, will begin construction immediately, with design work from Eppstein Uhen Architects and construction overseen by C.G. Schmidt Inc. Those firms are also in charge of the U.S. Cellular stage rebuild taking place nearby.

The stage is modeled as a "backyard picnic-style area" and will feature a seated lounge area, picnic tables and barbecue grills.

"This is a very intimate area that is meant to be comfortable, like you're sitting in your own backyard," Smiley said. "That's what we strive to build here."

When it's open for this summer's festival, the stage will feature local acoustic acts performing from 2 p.m. to 8 p.m. daily.

"It's going to be a great place to kick back and relax," Smiley said. "We're really looking forward to activating this whole area and having yet another new place for our customers and Klements' customers to enjoy on the north end of the park."

As for the investment by Klement's, financial details weren't disclosed, but Danneker said in an exclusive interview with the Milwaukee Business Journal on March 8 that he was actively looking to reinvest the marketing money made available by the loss of the Brewers sponsorship. While Klement's has worked with Summerfest on a lesser level in the past, the timing of the meeting allowed Danneker to "elevate" his company's relationship with the festival.

"Klement's and Summerfest have always been close," Danneker said. "That's really the change that occurred at the end of January, not whether we were going to work together, but at what level."

While Klement's will be the official sausage of the festival, it won't necessarily be the only sausage sold, because of existing vendor agreements.

"There are going to be some homemade sausages that are still made here by some long-term vendors, but by and large, Klement's will have the lion's share of the sausage products, be it brats or Italians or whatever, on our grounds," Smiley said.

Added Danneker, "We're working with most of these vendors today and they're buying Klement's sausage as is for use on the grounds. As Don said, there's a few exceptions."

The deal was finalized sometime around the beginning of March, according to Smiley.

"It was just a matter of excellent timing when it came right down to it," Smiley said.