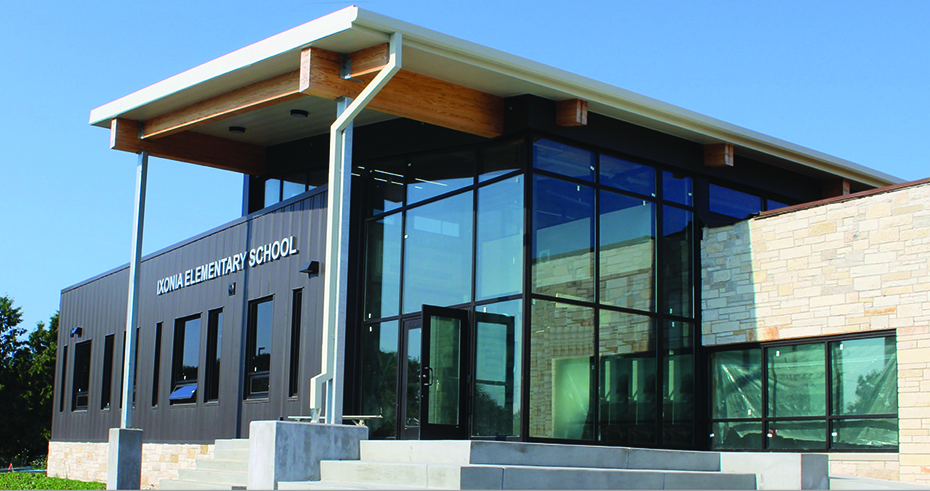 A dedication ceremony and open house for the new addition and newly renovated areas of Ixonia Elementary School, in Ixonia, Wisc., was held on Sept. 23. Designed by Eppstein Uhen Architects and built by Nicholas Construction, the construction project was made possible by the community’s support of the 2016 referendum. The new addition houses the 4K and 5K classrooms, a dedicated cafeteria and commons area, the main office and a secure main entrance. The 1st- through 4th-grade classrooms on the main level have been renovated. There are new Maker-Space and STEM learning areas on the lower level and a new outdoor play space.

Ixonia Elementary School Principal Stacy Yearling commented, “Walking into the new Ixonia School, it is evident that this project has been about far more than just new spaces and walls. The committees of people that have poured their energy into making so many important decisions, both large and small; the volunteers that have committed their time, energy and hearts into helping to make this project come to fruition; the educators who have embraced the challenge of teaching in a space over the last year and a half that was in a constant state of revision; and the families that have shown unending support for our school. That’s really what this project has been about.”

The interior of the new Ixonia Elementary School addition was completed during summer break after the 2017-18 school year ended. Space includes new 4K and 5K classrooms, a new cafeteria/commons area, new offices and a new secure main entrance. Immediately after school ended in June, major work shifted into the original building. Demolition was completed quickly, and crews began framing new walls in the lower level, cutting openings between classrooms on the main level, and updating plumbing, electrical, heating/cooling and fire protection systems. Exterior concrete work to create the new main entrance, sidewalks and curbs also began in June, in preparation for paving the new bus-loop in July and final landscaping in August.