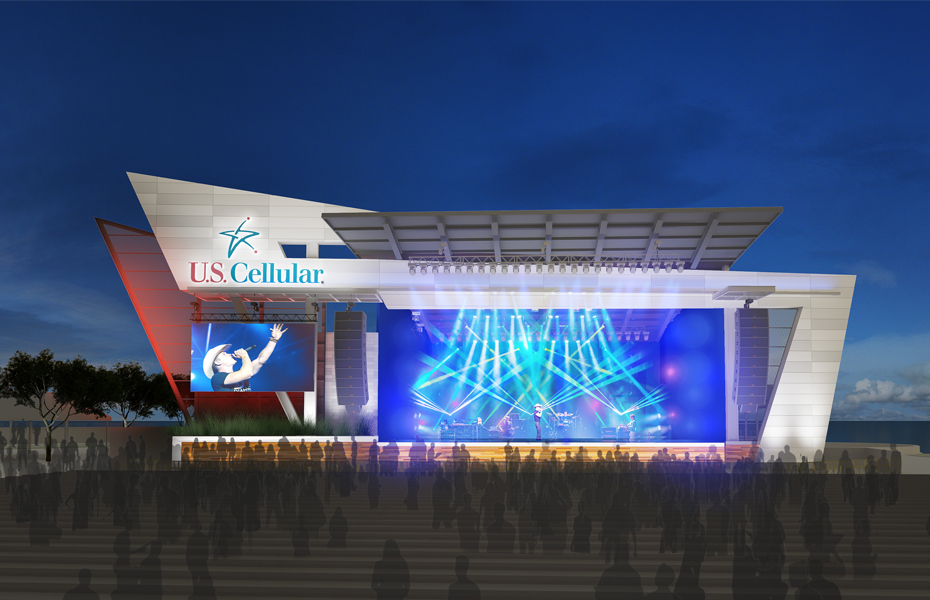 The completely rebuilt US Cellular Connection Stage at Henry Maier Festival Park will make its Summerfest debut next week.

Before its festival debut, the stage will host a rare show by one of the most popular electronic dance music acts in the world. Diplo, the 2016 Grammy winner for best dance/electronic album, will play a free concert to christen the stage on June 22.

The rebuilt stage features a larger performance area, measuring 60 feet wide and with more than 2,400 square feet of space. The stage also features a new 27-foot-wide LED video screen, the largest video screen on the entire grounds, for enhanced views of performances.

The backstage area features several technology-equipped dressing rooms, which include smart board screens and connected speakers, and selfie booth for artists to share photos with their fans. There's also an open-air backstage loft VIP area that will be used for interviews with artists as well as for exclusive hospitality experiences for concert goers. The stage area also features significant cellphone charging infrastructure.