TechTerns Lend a Hand at Wisconsin Entertainment and Sports Center

The TechTerns Program is a year-long, real-life learning lab for Milwaukee Bradley Tech High School students for career pathway exploration in various careers involved with design, construction, engineering, sports management, and other careers within the construction and sports industry. This specific TechTerns program, led by Mortenson, EUA and the Milwaukee Bucks, immersed students in the design and construction of the new Wisconsin Entertainment and Sports Center, the new home of the Milwaukee Bucks.

The program officially kicked off in September when 17 Bradley Tech students visited the site for their first session of fun-filled activities. Consisting of juniors and seniors, their career interests ranged from graphic design to law and architecture to construction. The students were excited to explore how the new arena was designed and what the construction process entailed.

EUA Contribution
Rich Tennessen, President of Eppstein Uhen Architects, kicked off the design portion of the session. He explained how the design team consisting of Populous, Eppstein Uhen Architects, and HNTB worked together to design the new Arena. He shared the video the team showed during their interview to get selected before turning it over to Rob Beisenstein, Project Management Practice Leader + Principal from Eppstein Uhen Architects, who introduced the students to Virtual Design & Construction, where each walked through the Arena virtually. The students also built their own 3D printed model of the new Arena. Putting on their hard hats and visiting the site, the students installed wood blocking and tested their skills taping and mudding drywall in the new arena.

In November the TechTerns visited the project for their second session. A few more students joined the program to participate in the design and construction activities the team had planned. Starting with a design activity, students teamed up to create a layout for a school and were able to hear feedback from architects on their design concepts. The students were then able to construct outlets and, with the help of electricians, install them in the suite level of the new arena.

Concluding their work on the new arena, the TechTerns were treated to a night out at the Bucks game. The TechTerns went behind the scenes in the Bradley Center, walked out to the court through the player tunnel, took in player warm-ups court-side, and had dinner before the game! 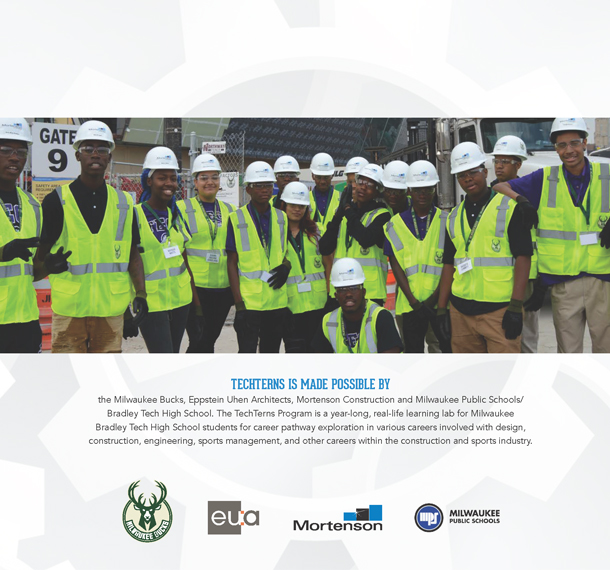 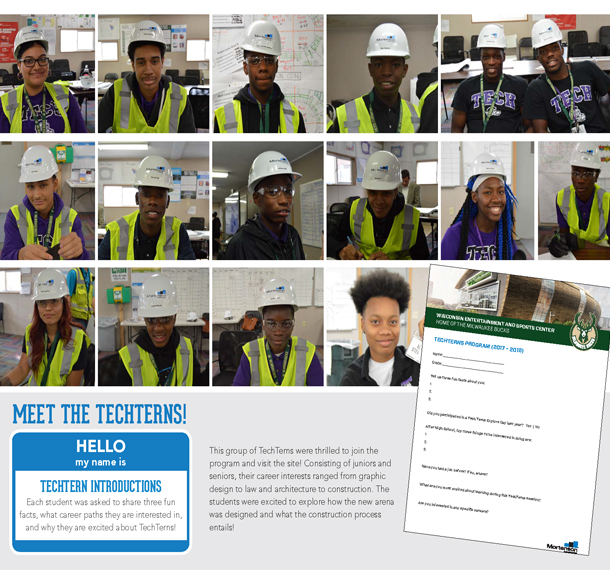 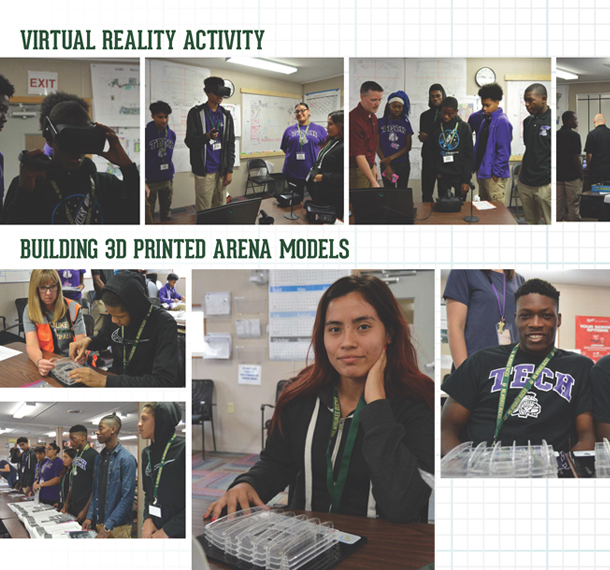 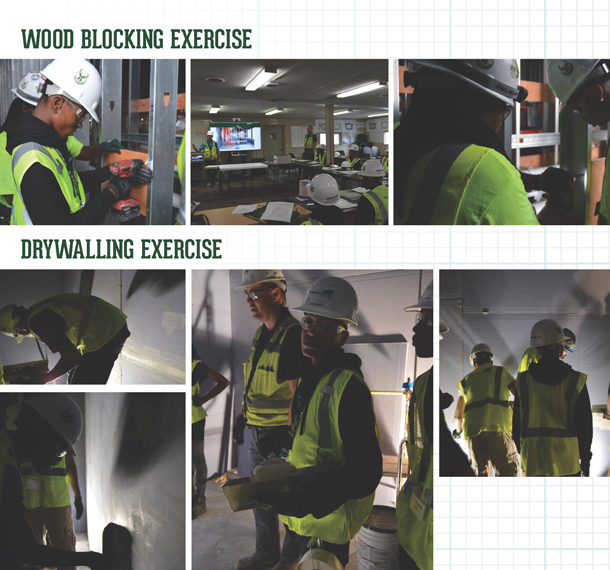