In partnership with EUA, Mortenson, and the Milwaukee Bucks, the 2017 - 2018 TechTerns program recently ended with their final sessions at the Wisconsin Entertainment & Sports Center.

The TechTerns visited the project in January for their third session, taught by Jeremy Hackbart, which included learning how an enclosure system was constructed and reading through design plans. Following the design activity, students installed seats in the lower ball of the arena and visited the Froedtert & Medical College of Wisconsin’s Sports Science Center. Many of the TechTerns helped install the practice court so they were excited to check out the completed project. After lunch, the students visited the coaches offices upstairs, learned about player security, talked with player scouting agents, player analysts, learned about player workouts, and how players recover after practice and a game.

For their fourth session, Rob Beisenstein led the students through the punch list process, comparing what was designed to final construction. The groups measured soffit heights, checked on the number of televisions that should be in spaces, and measured the heights of counters during this exercise. For their construction activity, the students helped plumbers switch out the battery packs in all of the automatic sensors in the bathrooms throughout the arena. The students were treated to lunch and the day wrapped up with a tour of the Arena where students visited center court to see the new scoreboard as well as checked out completed suites. 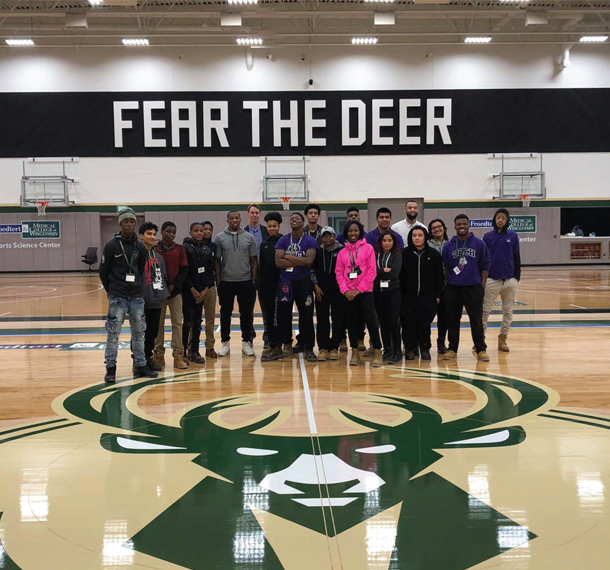 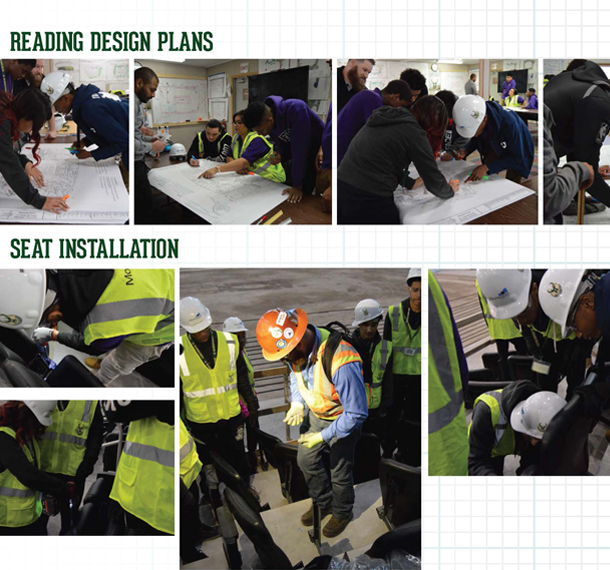 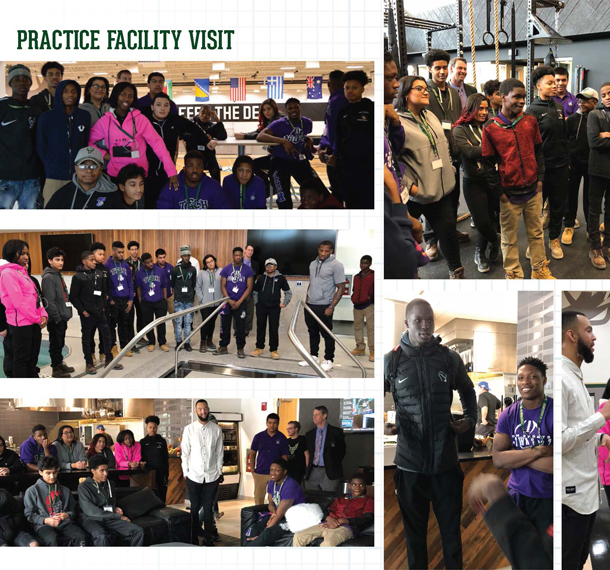 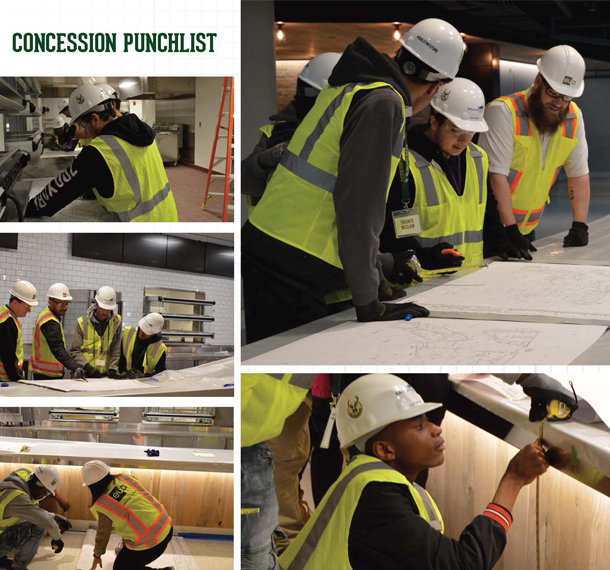 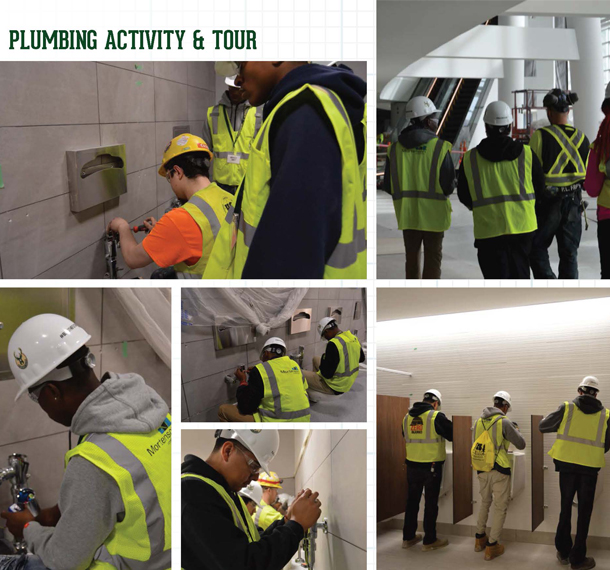 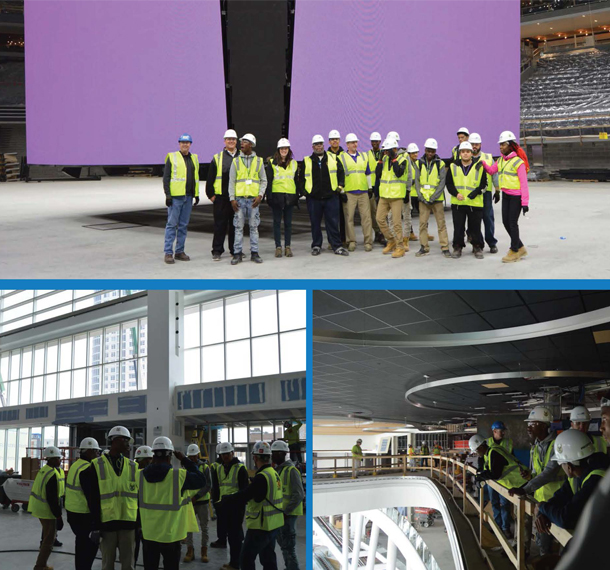