Eppstein Uhen Architects (EUA) was named 42 out of the Giants 300 Architecture list of nationally surveyed exclusively architectural firms in this year's report released by Building Design + Construction. The annual report ranks the leading AEC firms by discipline across more than 20 building sectors including green building work, BIM revenue and more.

EUA has been featured in the Giants Report since 2014, in multiple disciplines. For the last two years, EUA has placed in the top 50 on over five building sector lists.

Below are the 2017 rankings by building type: 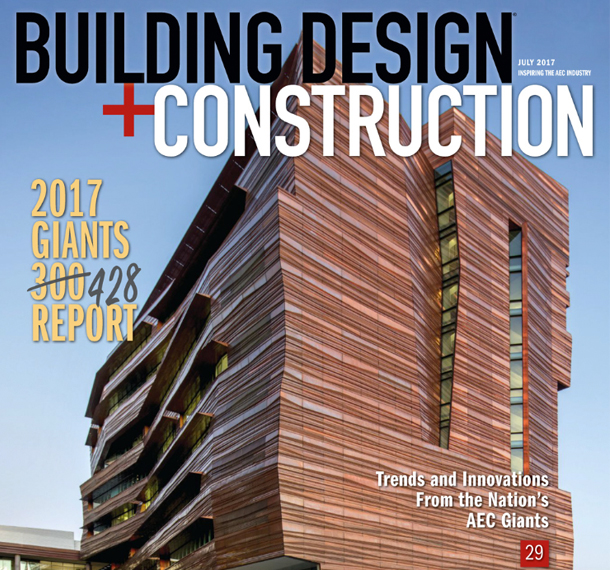